The Conegliano Valdobbiadene Academy is a new-generation online school devoted to deepening people’s knowledge of Prosecco Superiore, even for those who do not have the possibility to visit the region in person.
The videos offer a virtual visit to the production area, as well as complete information on how to serve the wine and a panoramic view of the attention paid by producers in the Denomination with regard to environmental sustainability and biodiversity.

Introduction to the Appellation

From the vineyard to the glass

Conegliano Valdobbiadene Prosecco Superiore Docg, an introduction to the wine and area of production

The ABC of Conegliano Valdobbiadene

Nature, history and culture: 3 key factors that have defined the superior quality of Conegliano Valdobbiadene Characteristics and method of production Drinking occasions and perfect wine and food pairings

A passion for the terroir

The uniqueness, in terms of climate and soil characteristics, of the hills of Conegliano Valdobbiadene Safeguarding the health and vitality of old vines Commitment to viticulture that conserves the environment and keeps nature alive over the course of time

(IT) Chef in Cantina

The soils
The grape varieties
Method

Prosecco Superiore is the result of a unique combination of grape varieties that have been grown for centuries in the hills of Conegliano Valdobbiadene.

This is the main grape variety, which makes up at least 85% of the blend. The first written account of its presence in the area dates back to 1772, in volume VIII of the “Giornale d’Italia”, in which the scholar Francesco Maria Malvolti cites Prosecco (the old name for Glera) when he speaks about the quality of local viticulture. It is slightly untamed and vigorous, with hazelnut-coloured canes and fairly large, long, loosely-knit and winged bunches. The grapes themselves are a fine golden yellow, immersed in the bright green of the leaves. It gives wines of good-to-high quality, distinguished by marked floral and fruity notes.

An ancient variety mentioned in the area as long ago as the 19th century, it was the object of research by the Experimental Institute for Viticulture in Conegliano and started to be replanted in the last decade of the 20th century. From these studies it transpired that it was a different variety from Glera, characterized by oval berries with more fleshy skins.

This is an indigenous variety that has been widely grown in this area since the 18th century. It has thin reddish canes and rather egg-shaped berries, which become a fine citron-like yellow when ripe. It gives the wine acidity and tanginess, especially in hot years.

This is a variety that has always been grown in this zone, in particular in the vineyards around Cartizze. The grapes are an intense yellow, with a characteristic aroma that is reminiscent of ripe pears. Though used in small quantities, its presence in a blend enhances the wine’s fruity tones on both the nose and palate.

Mentioned for the first time in the 16th century, this is probably an indigenous grape. It has small, rather squat bunches, almost always with a large wing. When ripe the grapes are a handsome yellow and the presence of bloom, the grapes’ waxy covering, makes them look like they are covered in flour. It is used to make the wine better balanced in cool years because it ripens earlier than the other varieties. It is often found together with Verdiso in higher areas that are more difficult for growing grapes.

Sparkling wine production in the Conegliano Valdobbiadene area originated with the experiments of Antonio Carpenè, and was then improved on at the beginning of the 20th century by the company that bears his surname, one of Italy’s first major sparkling wine firms. In the subsequent decades the method was perfected yet further at the School of Winemaking in Conegliano, with the fundamental contribution of the research of Professor Tullio de Rosa, as an evolution of the Martinotti Method, designed to enhance the perfumes that are a natural characteristic of Prosecco Superiore, which in this terroir takes on incomparable varietal character and complexity.

The grapes are harvested exclusively within the 15 communes of the registered area, when indicated by the Consortium, which monitors the ripening of the grapes throughout the Denomination. Picking takes place almost entirely by hand, an obligatory practice for the Rive and Superiore di Cartizze wines.
The maximum yield allowed per hectare is 13.5 tonnes for Conegliano Valdobbiadene, 13 tonnes for the Rive, and 12 tonnes for Superiore di Cartizze.

Pressing is the first stage in the vinification process, and according to the production regulations it can only take place within the 15 communes in which the grapes are grown. (For Superiore di Cartizze, only in the commune of Valdobbiadene). The grapes are taken to the winery and immediately pressed very gently, so as to obtain only the best-quality must (grape juice). The regulations state that from 100 kg of grapes a maximum of 70 litres of wine may be obtained.
From the distillation of the still wine-soaked pomace (grape skins) a light, fragrant grappa can be produced.

The must obtained directly from the press is still cloudy, so it is left to settle at low temperatures (around 5-10°C) in stainless steel tanks. After 10-12 hours the clear part of the must is separated from any sediment and it then goes to be fermented

The fermentation of the must takes place thanks to yeasts, micro-organisms that are naturally present on the grapes or which are specially selected and added to them. The yeasts set off the alcoholic fermentation, in other words, the transformation of the sugars in the grapes into alcohol, carbon dioxide and other components, among which the most important are those that give the wine its aromas. Fermentation takes place at a temperature of 16-20°C and lasts 15-20 days. Subsequently, the wine begins the phase of maturation. Thanks to the low temperatures in the winter months, which facilitate the precipitation of deposits, it gradually becomes clear. Using this process the base wine is obtained, a product that does not contain any sugars with an alcohol level of around 10% vol. the starting point for being transformed into a sparkling wine.

The prise de mousse takes place after the base wine has become clear and bright. The various lots of new wine in the winery, after careful tasting, are blended together: these wines, which up until now have been kept separate according to their provenance, date of harvest and taste characteristics, are combined in precise proportions. The resulting blends are then made sparkling in large pressurized tanks known as autoclaves, into which the wine is introduced along with sugar and yeasts. During re-fermentation, the yeasts use the sugar to produce CO2, or, in other words, the silky bubbles that are typical of Conegliano Valdobbiadene. This process lasts at least 30 days, and allows the winemaker to preserve the grapes’ aromas, which are then translated into a fruity and floral wine with great elegance and freshness on the palate.

As with the prise de mousse, bottling of Conegliano Valdobbiadene wines can only take place in authorized wineries in the Province of Treviso, with the exception of two producers with their headquarters in the Province of Venice who have acquired bottling rights, thanks to their long history of producing Prosecco Superiore.
Bottling occurs when the wine is fully sparkling; after a brief period of maturation in the bottle, it is then released onto the market.

The soils of the Conegliano Valdobbiadene area, apart from having very ancient origins, often display quite substantial differences even within the space of a few kilometres. This variety of terrains also expresses itself in the character of the sparkling wines made from them, as you can appreciate when you savour a glass of Cartizze or uncork a bottle of Rive. Here we describe some of the principal types of soils and the notes that they confer on the wines

Gently sloping hills, with soils deriving from the movement of glaciers: mainly clayey, hazelnut-coloured and rich in sand and stones. They normally yield grapes that are richer in sugars, which are harvested in the first half of September. These characteristics translate in the wines into intensity on the nose, with scents of ripe fruit, and a broad, persistent flavour. 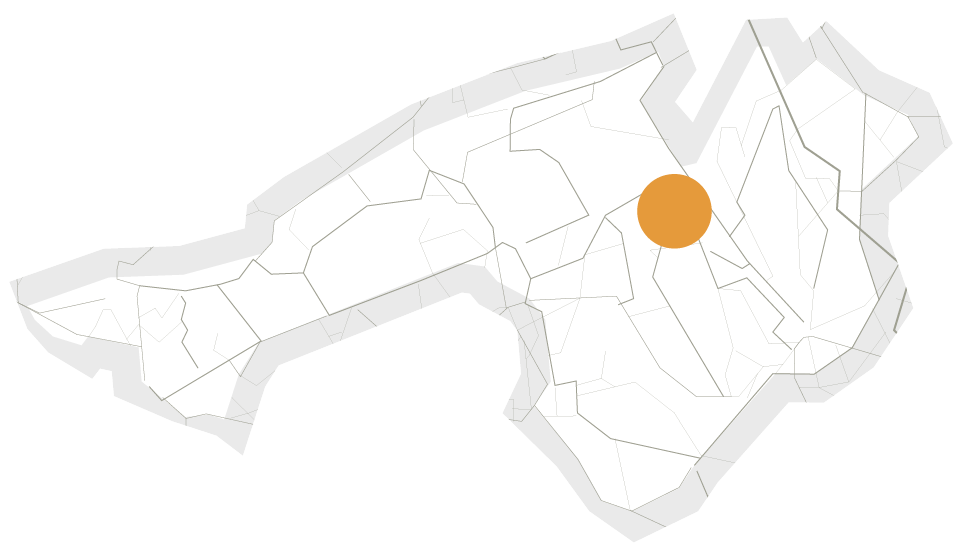 Gentle hills, which only in a few cases have gradients greater than 40-50%. These are ancient soils that are recognizable by their reddish colour due to the presence of iron oxides (they are known as “Ferretti”). They are generally clayey and stony. The wines have quite intense fragrances of yellow fruits, with floral and sometimes spicy notes, and good persistence on the palate. 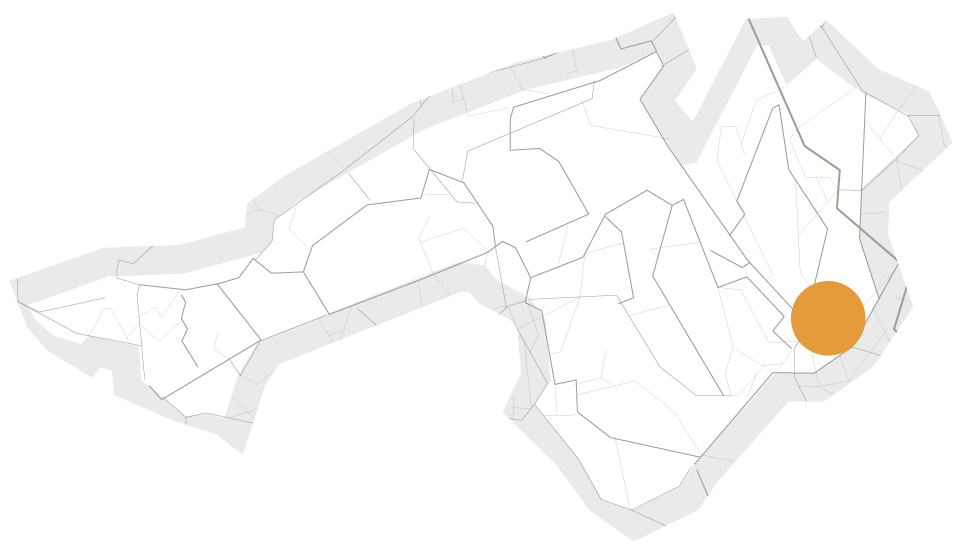 Very steep, jagged hills, sensitive to erosion and landslides. Thanks to viticulture, man has contributed to the consolidation of these rises, protecting them and conserving them. The soils originated from the raising of sea beds and are made up of clays, sandstones and marls. The wines obtained from them are characterized by scents of flowers and white fruits, and are very attractive and intense in taste. 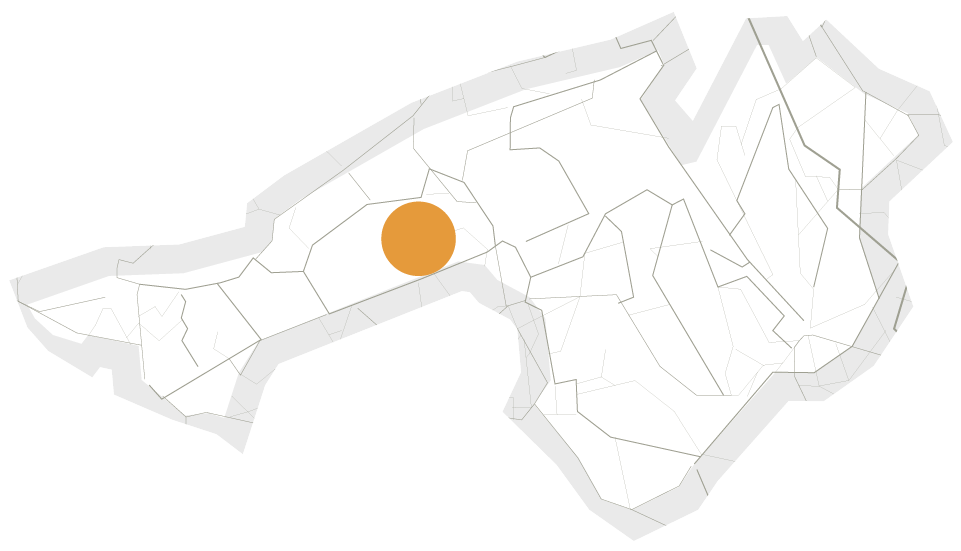 The hills are notable for their very steep slopes and their conical shape, which makes them stand out suddenly from the plain. The soils are not very deep, and are made up of sandstones and conglomerates. The high proportion of sand gives them very good drainage. They yield wines that are floral rather than fruity, with a marked vein of acidity and fresh aromas that tend towards citrus fruits, lemons in particular. On the palate, they are high-toned and tangy. 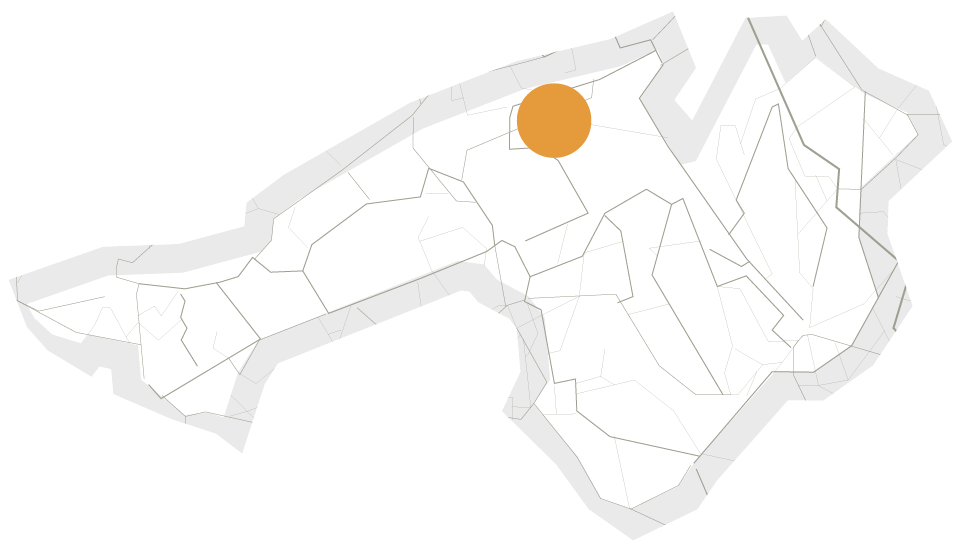 These hills are very steep and completely south-facing. The soils are the oldest in the Denomination, and are generally not very deep: they are made up of marls and white sandstones. They provide very good drainage. They give floral wines of great persistence and elegance, with hints of fruit and aromatic herbs. They are recognizable on the palate for their mineral quality and persistence. 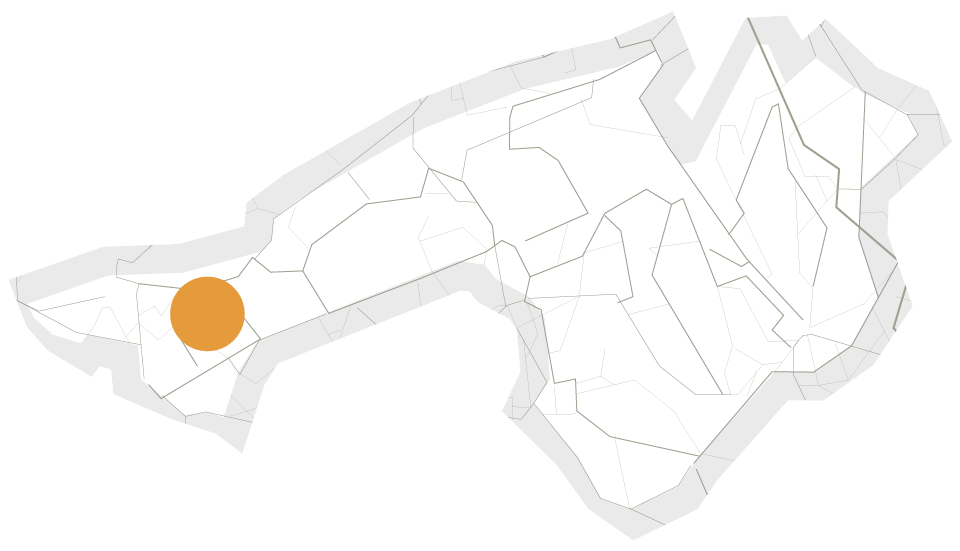