Along the hills of Tenade

The hills of Conegliano Valdobbiadene never cease to thrill and surprise. The landscape is so varied that around every corner visitors are always rewarded with new and unexpected views. This is not only true of the better-known places but also those seemingly of little interest, such as the hills of Tenade, where there is a charmingly scenic hiking trail loop that starts from the centre of Miane Premaor

Our itinerary starts from the monument dedicated “to all Workers of the World” heading along via San Rocco to the junction with Via Col Zanin where a capital can be seen built into the façade of a building. Heading north, we follow a paved road and after 400 m we enter the small hamlet of Torresella recognizable by a Madonna set in a rock. We come out into a clearing covered with vineyards near some country houses, formerly owned by Brandolini, and we begin to climb the Tenade hill, which rises up immediately in front of us, along a small, well-marked path that follows the edge of the crest. Passing between rocky outcrops and boundary stones (so-called “termen”), we walk through the woods, catching occasional glimpses towards the village of Follina to the north. Later we meet a farmhouse in a small field and then two more abandoned buildings, where the view opens up to reveal the hills of Miliane and those connecting Soligo with Col San Martino. 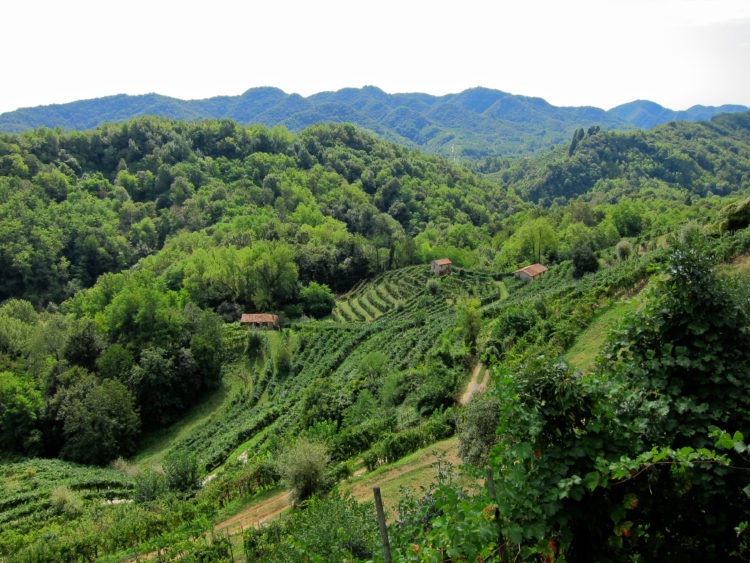 The views are wonderful, and this gives some insight into how strategic this hill was during the First World War. In fact, the Austro-Hungarian army built some trenches on these hills and it is documented that in these areas on October 29, 1918 the enemy tried unsuccessfully to slow the advance of the Italians who ultimately managed to seize the village of Soligo. We descend the steep southern slope, zigzagging through the vineyards, before exiting left onto the Tenade Road, so called because it is situated entirely at the foot of the hill of the same name. After less than a kilometre, we make a detour to reach Col Zanin, which is visible on our right. We pass the Riva de Tormena, walking along a well-marked ledge that runs past a ruin and an uninhabited house, then after having circumnavigated the hill, we meet via Rive that will lead us, after a gentle climb, towards the vast vineyards of Villa Bellati today known as Gregoletto. We pay them a visit and pause to contemplate the two enormous century-old mulberry trees near the private chapel, before heading down to the northern access road to reach via Col Zanin that leads back to the centre of Premaor and the end of the walk. 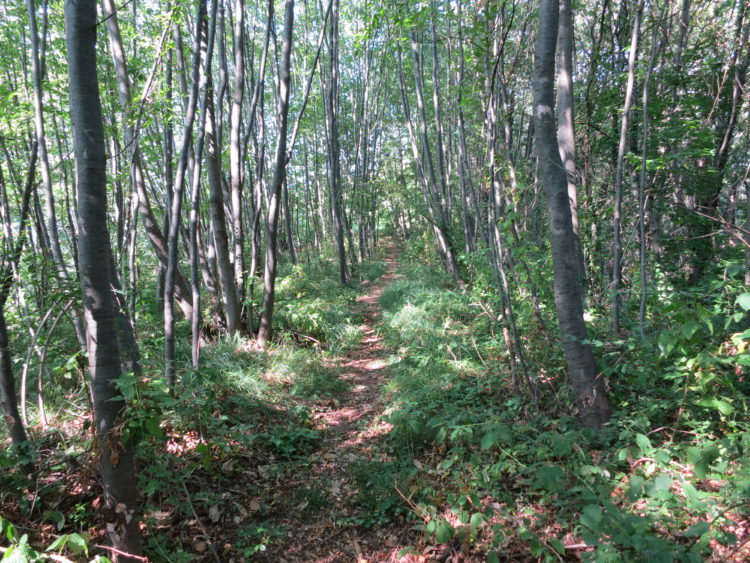 On a geological timescale, the age of these bands of parallel hills decreases as we move south. In fact, if we consider the first lower line, which is the one which passes for example the San Gallo hill in Soligo, it is very recent, so to speak, since it dates back to a period of between 7 and 5 million years ago . The hills in this case are characterized by conglomerates, sandstones, and clayey sands. Fossils are rare here. By contrast, moving north, the last band before meeting the valley is the oldest, with an age of 20-30 million years. The rocks in this case are more compact, consisting mainly of sandstones and limestones and there is a greater presence of fossils typical of a marine environment such as bivalves, calcareous algae, coral and sea urchins. 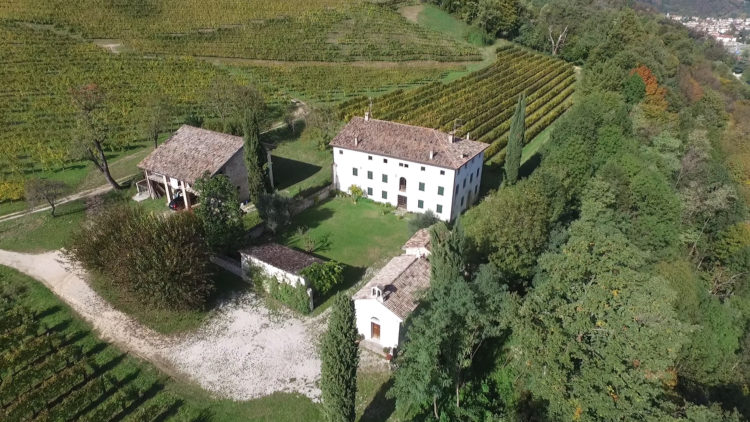 Villa Bellati is situated on the slopes of the Col Zanin hill. It is a historic villa built in the early eighteenth century and set among vineyards in a dominant position overlooking the villages of Premaor of Miane. It was built by the wealthy Venetian merchant Giacomo Vanello and over the following centuries, the property changed hands many times and was bought by many different families. The Vanello family was replaced by the Ferretti family from Padua, which was followed by the Gera family, originating in Comelico, and then the Bellati family from Feltre. Finally, with the new millennium, it was bought by the Gregoletto family, who were well-known wine producers from Premaor. The central rectangular building presents a fresco with the Vanello family crest and a sundial that shows a rare example of time reading from three superimposed dials: French time, Babylonian time and Italian time. The courtyard is surrounded to the west by the stables, while the south side is closed off by a barn which has a well inside. At the main entrance side of the courtyard there is a private chapel dedicated to the Virgin Mary. It was built by the original Vanello family with the commitment to ensure access to the public for religious services. 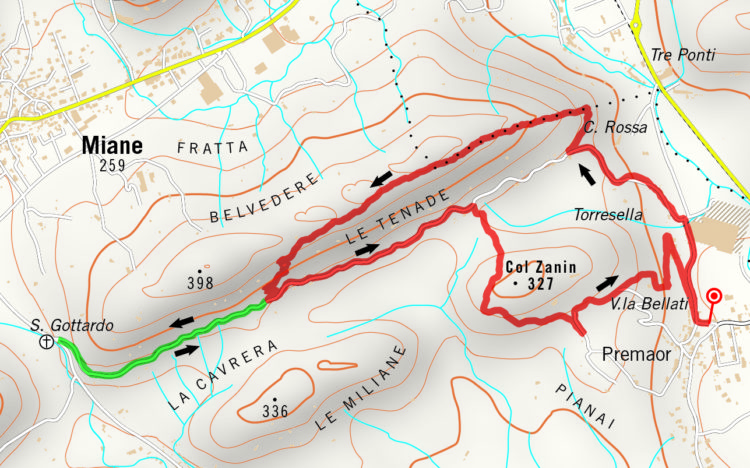 Some information on the itinerary