On the table - Visit

Recipe to serve with Conegliano Valdobbiadene Prosecco Superiore, made by Loris Selvestrel, chef of Ristorante All’Edera in Miane

Among the many wild plants that can be found in the fields and meadows of the Conegliano Valdobbiadene area, dandelion (Taraxacum officinale) is definitely one of the most common. The English name comes from the French dent de lion meaning “lion’s tooth”. It has a large number of uses in the kitchen as well as being a herbal remedy, as a herbal tea, and for the treatment of rheumatic pain and a diuretic. In the recipe that we propose, our chef Loris uses its leaves, known locally as radicèle or radicelle, to create a tasty starter. But they can be used in many recipes, from stuffing for guinea fowl and even desserts. There is also a fair devoted to dandelion leaves as well as other edible wild plants, which is held every third weekend in May in the town of Mel, near Belluno (www.radicele.it). 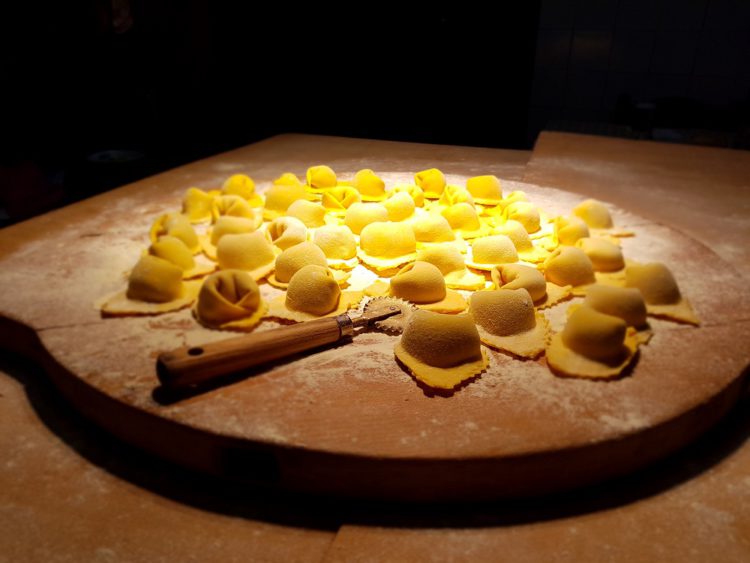 Wash and remove any impurities from the dandelion leaves, then scald them in water for a few minutes and drain. Cut up the onion, brown it in a little oil and butter and add the chopped dandelion leaves. Cook for a few minutes and adjust the flavor. Allow to cool for a few minutes and add 200 gr. of the ricotta cheese together with some grated parmesan cheese. Mix the flour together with 12 egg yolks, water and a little oil, just enough to make the resulting dough soft and elastic. Wrap the dough in cling film and let it rest for 15 minutes. Roll out the dough fairly thinly and cut into squares of about 6 cm wide. Put the filling in the center and form them into ravioli. In a non-stick frying pan fry the remaining ricotta cheese until it is golden in color. In a small-based saucepan with high sides, melt the butter, add a little cold water and shake the pan so as to froth up the butter slightly. Cook the tortelli in boiling salted water, then serve them up with the browned ricotta, the frothed butter and garnished with some dandelion leaves. 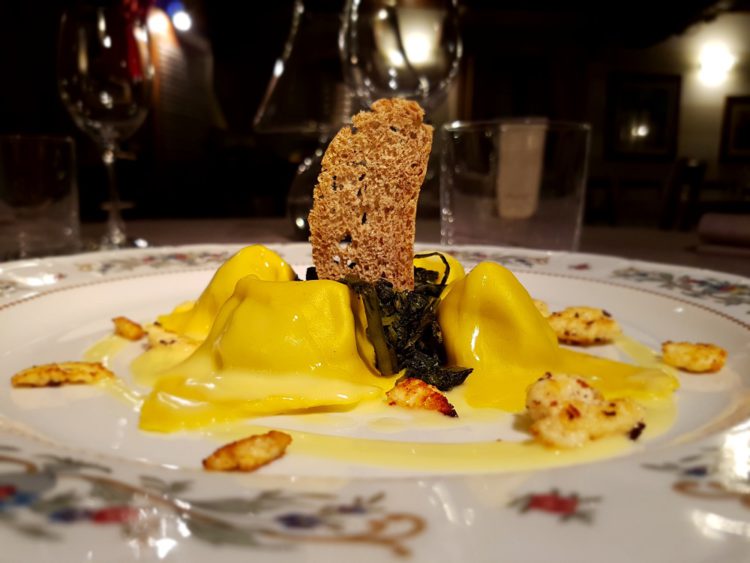