In the area - Local products - Visit

Strands as soft as wool, precious as silk. Strands as long as the centuries-old tradition that knits together the fabric of experience with the history of a once blooming industry of which a few highly successful traces remain. The story of how the Conegliano Valdobbiadene area was long home to a thriving silk and woollen industry, which continues today in the workshops and factories of some genuine artisans.

Tradition has it that the monks from the Abbey of Santa Maria in Follina brought wool production to the area. However it seems that the manufacture of simple, durable and waterproof woollen cloths began here before the monks arrived. What is sure is that they developed the tradition for follatura (fulling or tucking – from which the town takes its name) based on the abundance of pastures, running all the way to Alpago to the north, as well as the easy availability of water.

Just how important woollen clothmaking was to Follina is shown by some of the elegant buildings in the old town itself. At the foot of the Abbey we find the Palazzo Barberis-Rusca, built by Francesco Fadda from Brescia, who in 1666 brought significant innovation to the already successful woollen industry by focusing on markets traditionally dominated by the English and Dutch. Alongside the simple woollen cloths, Fadda started a more refined production which quickly beat out the competition from northern Europe. The factory then became the headquarters of the Tron-Stahl mill (one of the largest Italian industries of the 18th Century) before passing, in the early 1800s, to the Colles family who continued to do well on international markets.

The history of the Lanificio Andretta is more recent as its founder, Andretta from Castelfranco Veneto, had it built in 1820 so as to take advantage of the area’s abundant water resources and cheap labour. At the end of the 1800s however, the water resources started to dry up and a combination of factors including a slowness to innovate and failure to train workers, alongside the financial and trade crisis at the end of the century rapidly led to the closure of the area’s large woollen mills. Today the Andretta Mill is home to the Follina Department for Culture while the beautiful old Fadda Mill sits empty. 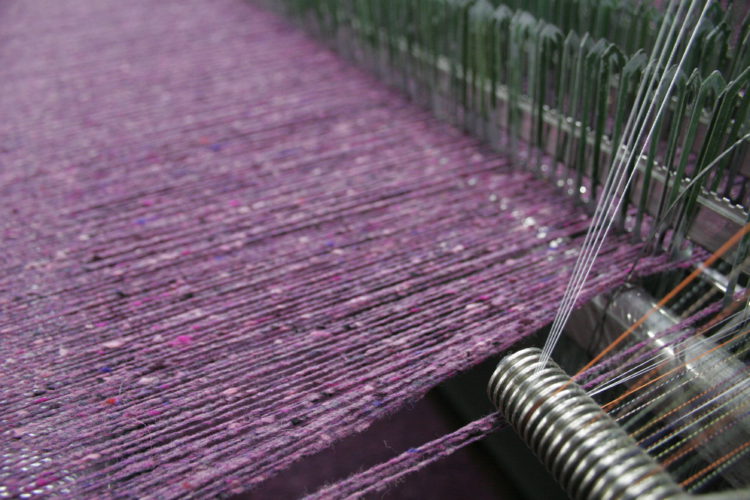 Some of the more dynamic smaller mills were able to survive the crisis in the 19th Century. One such was the Lanificio Paoletti founded in 1795 by Gaspare Paoletti and then run by his son Antonio, a luminary businessman who optimised costs and raised quality by travelling throughout Europe to learn skills and import machinery. He protected his production capacity by installing a steam locomotive to help the turbines when the water from the rivers, long held to be an inexhaustible source, started to dwindle.

Today the Lanificio Paoletti is the only woollen mill in the area to remain from this centuries-old tradition, its survival the result of technological advances, process modernisation and constant design innovation. This dedication to research has been rewarded by some of the most famous fashion houses who use Paoletti fabrics in their collections. For the last four years the company has opened its doors to the La Via Della Lana (The Wool Route) project, a cultural initiative designed to find new uses for the industrial areas of the mill as well as for its products.

The end of the 19th Century saw not only a decline in the fortunes of the woollen industry in and around Follina. As well as feeling the effects of great political turmoil, the area’s vines were hit by grape louse and the hitherto successful silk industry by a silkworm disease which led to the closure of three silk mills. Serica della Marca, a high-quality silk goods manufacturer, was set up in one of these in 1870 in Pedeguarda just outside Follina. This company, the only one of its kind in the area, supplies some the most prestigious international brands in the fashion world, exporting even to China, and is unrivalled in supplying some of the finest silk products on the market. The success of the Serica della Marca shows how the high quality of the fabrics has become part of the social-economic identity of the area.

Today all that remains of that thriving social and entrepreneurial fabric is the Museo del Baco da Seta (Museum of Silk) in the Maffi silk mill in San Giacomo di Veglia which closed in the 1970s. This generous building holds the memory of the complex agricultural, industrial, scientific and human world that revolved around this industry. 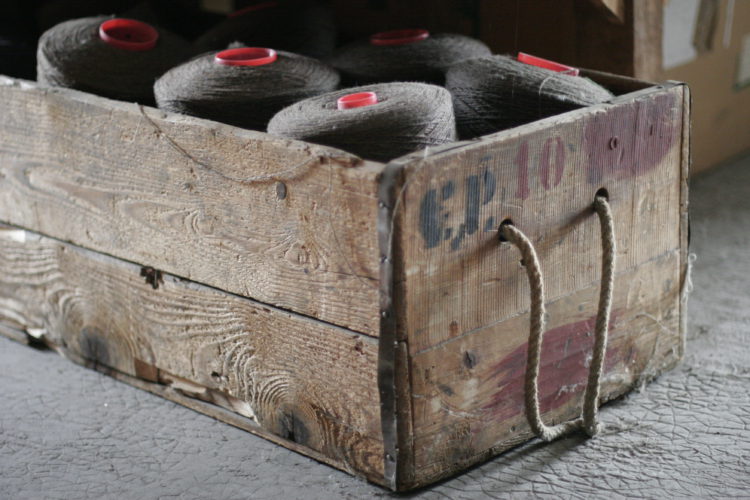 Today Vittorio Veneto is home to just one of the six woollen mills that were in the area, Lanificio Bottoli. This highly successful company was founded in 1861 for the production of woollen blankets and cloths and, having survived the crippling crisis following the Second World War during which many other mills closed, it dedicated its production to the manufacture of patterned fabrics. Lanificio Bottoli is now one of the best known Italian fabric companies, at home and abroad, producing 2500 metres of fabric each day with all production performed in company. This includes the collection and selection of the wool which has lead to an exciting re-birth in Italian sheep farming. Lanificio Bottoli has pioneered the development of sustainable natural eco fabrics without dyes which use the natural colours of Italian Merino sheep. The fabric of the future will be woven by knitting together innovation with the traditions of the past.