The path which traverses history

One of the most characteristic and scenic routes through the land of Prosecco Superiore, from Soligo to Col San Martino: the Path of the Vedette, a hike through art, history and breathtaking landscapes Text and photo by Giovanni Carraro

The succession of hills that rise and fall between Soligo and Col San Martino have been dubbed Small Mountains. They represent the ideal terroir for the vines that climb on their vertiginous slopes but also the right environment to enjoy hiking or mountain biking, offering as they do a unique view from the top of the hills. They are the gateway to the big hikes of the prealps but compared to these, they are much less challenging to conquer, while being equally evocative in terms of scenery and in certain areas equally inaccessible. A fascinating itinerary runs along this range of hills, which connects all the peaks: the Sentiero delle Vedette. The name means, “The path of the lookouts”: from the tops on a clear day you can even spot the Venice lagoon. But “Vedette” also means control points, so much so that during the First World War it was a place of great strategic importance for the Austro-Hungarian army, intent on observing the movements along the line of the Piave River. Today, all this is just a distant memory, evidenced by trenches and tunnels dug around the hills, still well preserved and which can be visited. So let’s enjoy the lookouts, a natural setting among beautiful vineyards and idyllic villages. 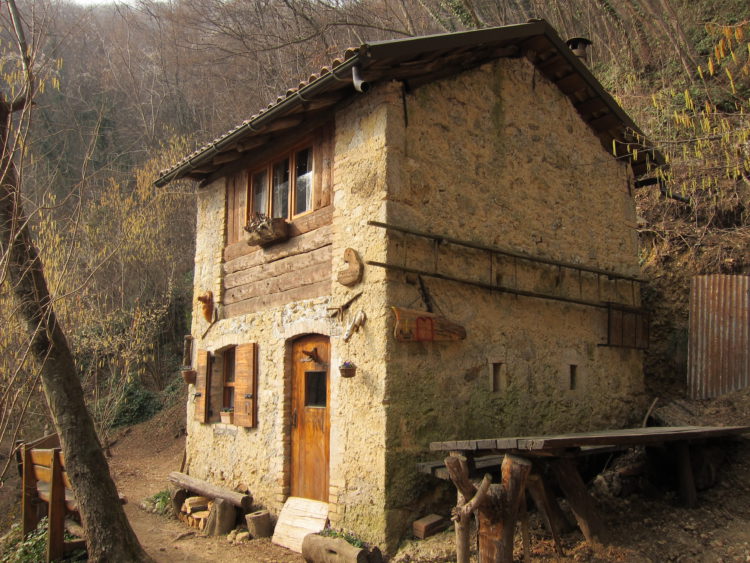 The path is marked number 002 along the ridge of the hills between the villages of Soligo and Col San Martino. It starts at the Parish church of Saints Peter and Paul in Soligo, at the foot of Colle San Gallo. The first part of the trail runs along the river Soligo that we will reach along a narrow passage, the ancient road of Cavade. After walking along the bank of the river, we find the capital of St. Anthony, following a route popular with walkers and sportspeople. This will lead us through the vineyards in the direction of Collagù through the Bosco Impero (Imperial Wood). Along the way from time to time through a clearing in the trees you will glimpse breathtaking views northwards to the peaks of the Prealps and the surrounding villages, with particularly fine views of Follina with its famous abbey. Shortly, we reach the small village of Collagù, known for its shrine that houses the remains of Sant’ Emilio the Martyr and Saint Florida. We continue the journey along the Strada Giuliana, which we leave after a few minutes to ascend the first of the peaks, the Col Maor (436 m). Having descended to the San Martino Pass (360 m) we prepare to face the successive hills of Colesìe and Col Vinal via the Alpine Trail. From the top of these two small peaks there is a panoramic view towards Pianezze, and the hills above Miane, Follina and Cison, while to the east you can see the summit of Col Visentin (1763 m). No time to take a breath, and here we are in front of the next hill, the Pian Serafin (470 m) where there is a chestnut grove and a plateau, we then arrive at Xocco pass where there is a rest area with benches. Next, along a steep stony road we climb to Monte Pertegar (486 m), the highest of these peaks. The effort required during this last slog is epitomised by the name given to the top: pertegar, which in local dialect means trudging uphill! But we haven’t yet conquered all the peaks; missing from the role call are Roccolo (474 m) and the last of our peaks, Mount Moncader (468 m). Here we can visit a tunnel dating back to the Great War, perfectly preserved. Now finally it’s all downhill, first to Campo Farel (Farel Field) and then along a little road that winds through the hills covered with vineyards in a setting of extraordinary beauty. The final part of the route will give us the opportunity to visit the ancient church of San Vigilio, a symbol of Col San Martino. This marks the end of our hike, a little trip through history and nature. 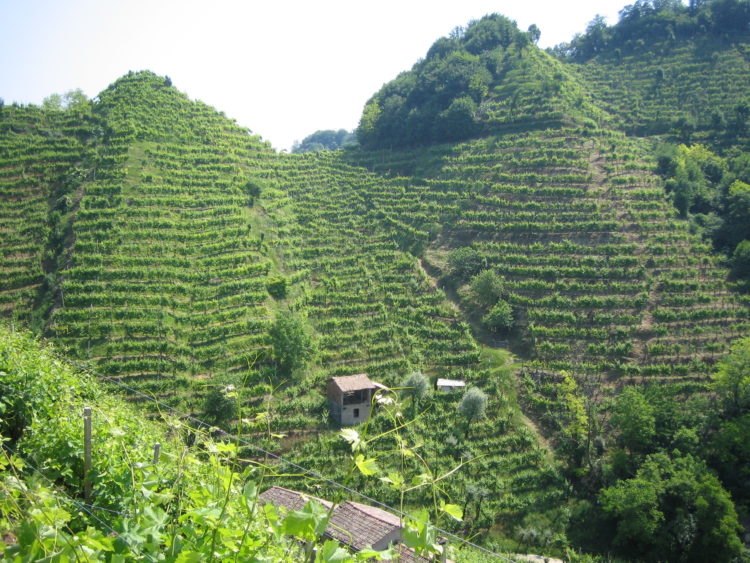 The Church of San Vigilio

Shortly before descending to Col San Martino, situated on top of a hill is the beautiful church of San Vigilio, bishop of Trento and evangelizer of the Alpine valleys. It is mentioned in documents dating from 1217, but acquired its current Romanesque appearance between the fourteenth and fifteenth centuries, around the time when the bell tower was added. Inside, you can see some very old frescoes depicting the Madonna with Child and St. Nicholas, St. George and the Dragon, St. Florian the martyr and St. Bernardino of Siena.

These hills offer many other hiking opportunities, through a dense network of trails that branch off from the main one described here. One of these is encountered in Collagù and leads to Colle San Gallo via a dirt road that reaches first the hill of Col Beria and then Col de Fer. Departing from Campo Farel (Farel Field) on the other hand, you can reach the hamlet of Canal Nuovo at Col San Martino intersecting a road that goes down to the valley to the west, while at the Xocco pass there is an interesting detour that goes down to the enchanting of Gor della Cuna where there is a small dwelling. This last deviation also allows you to visit the Torri di Credazzo, a beautiful Middle Age fortress.

THE PATH OF LOOKOUTS