Spring in America for Prosecco Superiore

Often referred to as the “Oscars of American cuisine”, the James Beard Awards were presented at the Lyric Opera theatre in Chicago, with Conegliano Valdobbiadene Prosecco Superiore as the sparkling wine sponsor.

The event involves American chefs and prominent celebrities in that country’s gastronomic culture, making it the ideal showcase for talking about the sparkling wines of Conegliano Valdobbiadene, which go perfectly with American tastes. 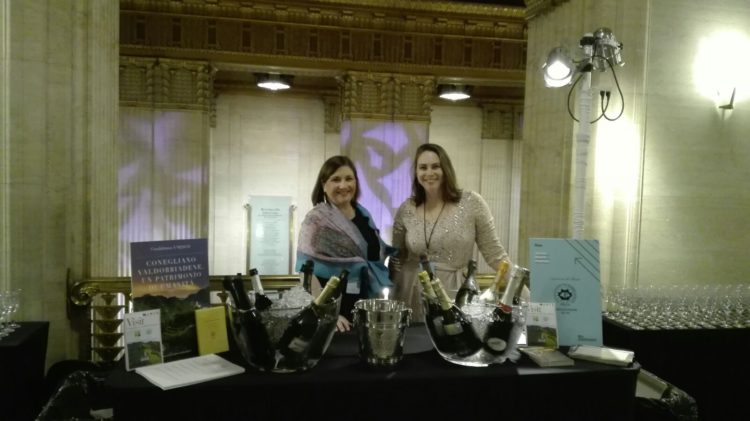 The Sommelier Summit took place from 6th to 8th May, involving the participation of around 70 sommeliers from all over the United States and various Master Sommeliers as speakers at the several seminars that were scheduled.

The event took place at the headquarters of the Culinary Institute of America at Copia, in the Napa Valley, one of the many offices of the institute, which is also present in New York, Texas and Singapore and organises courses at various levels on wine and food.

One of the seminars that was part of the programme was devoted to Conegliano Valdobbiadene Prosecco Superiore D.O.C.G.. This was also an opportunity to launch a competition for sommeliers that will take place over the next few months, the prize for which will be a trip to explore the hills of our zone during Vino in Villa 2019.