The next big thing in Conegliano Valdobbiadene Prosecco Superiore’s international agenda will be ProWein in Düsseldorf, from 19th to 21st March 2017.
Last year, ProWein had 55,724 visitors, an impressive number that it’s even more interesting for us if we consider that the majority were specialized trade for wine and spirits.

At Prowein, booth 15F21, the Producers’ Consortium of Conegliano Valdobbiadene Prosecco Superiore DOCG invites you to discover the 2016, a vintage that will be remembered as one of the best in recent decades. The wines will be presented by the twenty-one producers attending in person on the stand: Agostinetto, Bellenda, Borgo Antico, Bortolomiol, Case Bianche, Colesel, Duca di Dolle, Frassinelli, Furlan, La Farra, La Tordera, Le Colture, Merotto, Perlage, San Giuseppe, Sommariva, Spagnol – Col del Sas, Tenuta 2 Castelli, Valdo, Vigne Matte, Zardetto.
Conegliano Valdobbiadene is a small hilly region lying between Venice and the Dolomites. It is a historic area, painted by the Veneto’s major landscape artists.
Thanks to its perfect symbiosis between man and nature, Conegliano Valdobbiadene is now recognized as the homeland of Prosecco Superiore and is in line to become a UNESCO World Heritage Site.
The bond between the zone and its inhabitants has created here an area unlike any other, in which beauty, history and ecological sustainability have
coexisted in harmony for centuries.
This is Conegliano Valdobbiadene. It is part of the heritage of humanity.

More informations about the journey to gain the UNESCO World Heritage status here. 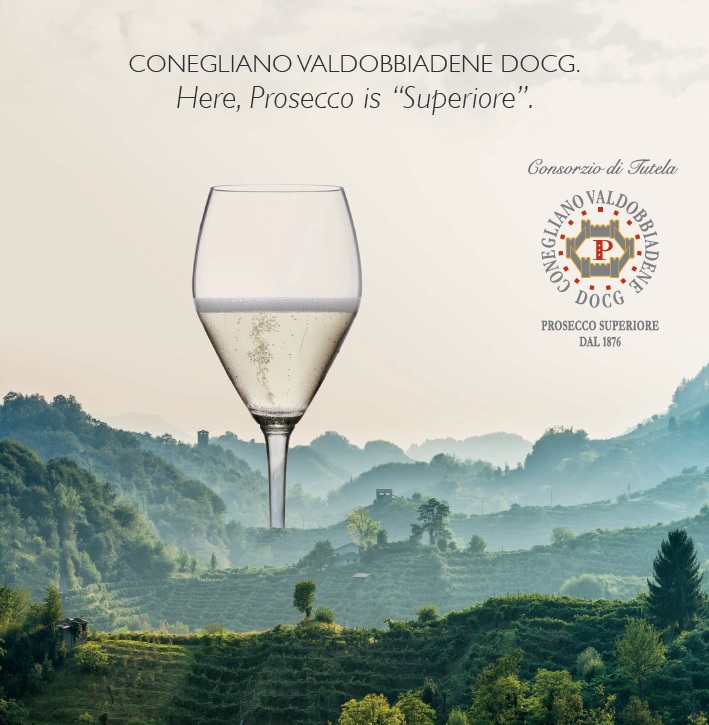