On two wheels in the heart of the land of Superiore

Balance, nature, effort, and a perpetual circular motion that links technology with the rhythm of seasons: this is cycling, this is the land of Prosecco Superiore

Even at first sight, immersed in the beauty of Conegliano Valdobbiadene area, it is easy to see how this land, with its plethora of sinuous roads weaving through and up and down the many hills planted with vines, is exceptionally suited to the sport of cycling. It certainly does not compare to the constant cycling of the plain, and maybe does not provide the sporting challenge and fatigue of the passes in the Dolomite mountains. Rather, its roads offer a distillation of all that a beauty-hungry cyclist could crave, whether they be road racers or cycle tourists. This is a description of an itinerary that touches the most fascinating places across the historical area of ​​Prosecco Superiore, recommended especially for mountain bikers but due to its simplicity, with half the route on paved roads and half on gravel roads, is also within the reach of the cycle tourist.

Our tour starts from Miane along the northern margin of the production area of ​​Prosecco Superiore Docg. The route starts downhill Piazza 2 Giugno, following Via Roma in the direction of Vittorio Veneto. After less than a kilometer turn right to ascend a short slope paved with cement that gives us a taste of the views towards the hills in the locality of Fratta near Follina, which follows the natural contour of the Valsana. In less than five minutes we enter the village of Follina, where we follow Via Caldela Bassa and Via Scholastica, with a chance to admire the magnificent twelfth-century abbey as we pass through. We then continue along a cycle path towards the center of Valmareno, in the shadow of another architectural marvel, Castelbrando, a castle which sits atop a steep-sided hill standing guard over the valley and the village of Cison di Valmarino. After passing through the center of Cison, head along a short stretch of dirt road following the Via dell’ Acqua and tackle a second short climb which provides picturesque views back towards the village just left. 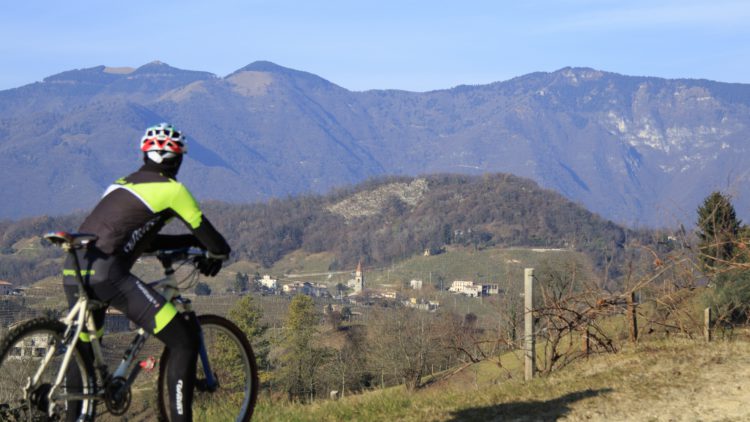 Continue on the old road towards Vittorio Veneto, through forests and vineyards until we reach the village of Mura, where, after crossing the Provincial Road No. 4, we take the cycle path that will lead us up to the village of Tarzo, with slight ups and downs, and which offers the opportunity to admire the wide basin that we are going through with its two glacial lakes. So far, the cycle along the Valsana has provided some pretty easy cycling terrain, and we have not yet encountered any particular technical difficulties or particularly demanding climbs: it’s time for a bit of effort now: we arrive at the town of Tarzo after a climb of about one kilometre, and just before the Parish Church we turn right along Rive di San Pietro, then we turn left after two hundred meters and then immediately right to enter the provincial road 635, which we stay on for one kilometer before turning right to follow signs for Arfanta.

This is where we enter the heart of the hills of Prosecco Superiore, and we face the challenging part of our itinerary; to fully understand the nature of this area we have to try at least one little hill climb and so an ascent awaits us. We continue straight on up the concrete ramps that lead us into the very heart of the hills of Rolle and Arfanta, we cross the hamlet of Mondragon before descending gently through forests and vineyards to a jewel hidden between the countless folds of these hills: the Molinetto di Croda (Croda waterwheel). After reaching the crossroads in the hamlet of Caneve de Ronch turn right towards Rolle, a beautiful village with enchanting views. Perhaps this place best epitomises the uniqueness and breathtaking enchantment of these hills, shaped by centuries of toil by the skilled hands of local farmers. 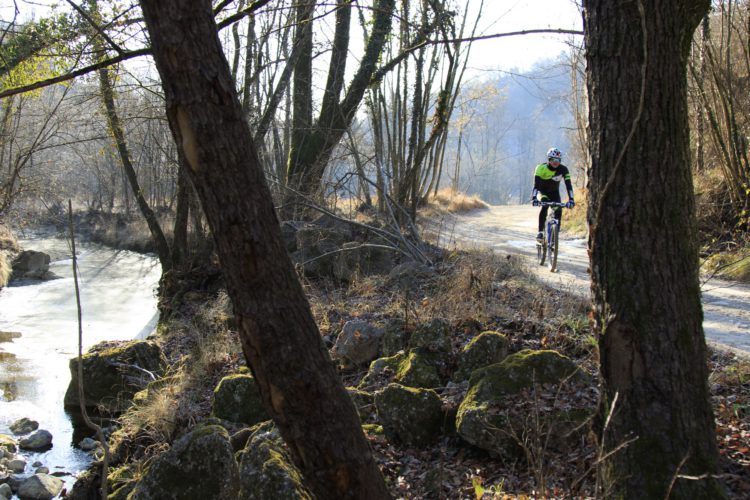 We continue our tour through winding rows of vines perched on slopes that dominate the landscape, following provincial road 152 along Via Pian di Guarda towards Farrò. Having entered the town of Farrò, turn right and head past the church along the old access road to the town, before tackling a steep but safe descent to reach the main road no. 4 in Via Ligonto. At the intersection turn right and cycle along a short stretch of cycle path and then turn left towards Premaor. After a few hundred meters we reach the center of Premaor and, keeping right, head down Via Colzanin then turn left and head up the last steep climb following the concreted road that leads us to the locality of Tenade.

Our tour finishes with a flourish, as we follow the winding dirt road through the magnificent “Rive” di Miane, a splendid example of “heroic agriculture”. Its impossibly steep slopes stand as a testament to the passion of the farmers, and they are dotted with a great many dry-stone “huts”, a permanent testament to a bygone era, an indelible record of the timeless passion that still infuses the clear air of these magnificent hills. After a short descent down a concreted road turn right on Via Verdi towards Miane and after a few minutes we return to our starting point. You will undoubtedly want to return to explore these roads, and you will be equally certain that you have discovered just one minute part of the beauty this land has to offer. 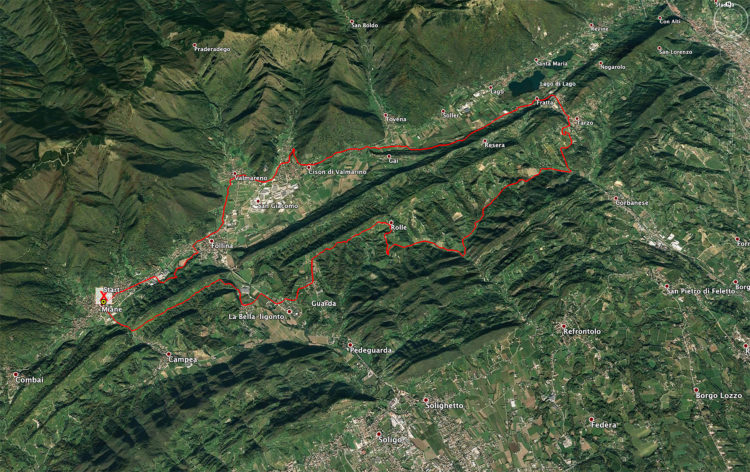 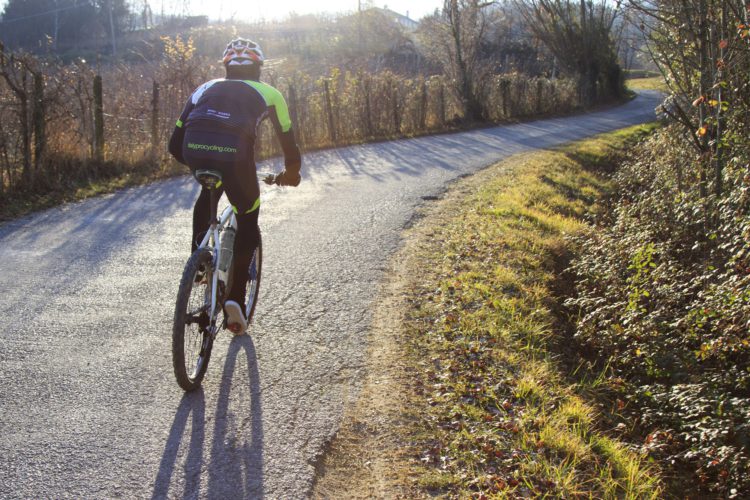