Stramare: A village to love

Discovering Stramare, a tiny village perched on a mountainside and surrounded by woods. Where time seems really to have stood still

It’s often said that a little bit of the soul of a place is hidden in the origins of its name. In the case of this tiny hamlet of just a handful of stone houses, perched at 400 metres above sea level on Monte Doc, this seems to be particularly true. The hamlet, which is reached via a steep road up from Segusino, is called Stramare. A first clue appears to be that its name contains the verb amare – to love – the most romantic verb there is. Add to that the fact that the village’s patron saint is also St. Valentine, to whom the village’s sole small church is dedicated, and you have a second clue… and as any fan of crime stories will attest, two clues add up to proof!

The truth, however, is much more prosaic. Stramare was actually named after the first family that settled here, between the late sixteenth and early seventeenth centuries. They were thought to be charcoal burners who hailed originally from Istria or Hungary. But what is certain is that the surname Stramare has become woven into the fabric of village life. The village’s last Stramare, Olivia, passed away in April 2017 at the ripe old age of 101, after a life spent surrounded by her animals, including donkeys, cows and goats. The population of the village reached its peak in the thirties, when a total of 130 people lived here. But after World War II, people started to move away, and the exodus has continued to the present, with only five souls living there today. Yet this tiniest of villages hides a thousand surprises. 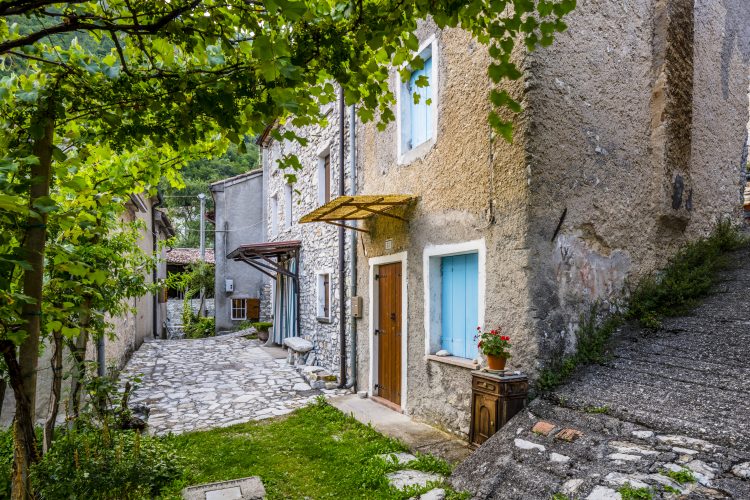 One is the fact that St. Valentine is known here not as the patron saint of lovers, but of epileptics. In recent years this tiny seventeenth-century hamlet, as beautiful as a nativity scene, has been enjoying a resurgence in popularity, with more and more visitors arriving. Those who’ve had the opportunity to visit it, perhaps even by chance, have immediately fallen in love with it. So much so that some have decided to settle here. “The story of St. Valentine is a curious one, not least because the difference between love and epilepsy is not so great,” states Mirko Artuso, a well-known actor and director from Treviso, who’s worked with such greats as Gabriele Vacis and Marco Paolini. Artuso is one of those people who arrived here by chance, and was instantly taken by the village’s charm. His story is typical. In the summer of 2019 he was planning an original project which comprised a 10-day walk down the Piave river, starting from its source and ending in Salgareda, his home town. “Like an ancient wayfarer, I would tell stories in exchange for board and lodgings,” he says.

Towards the end of his trip, in March 2020, he found himself in Stramare, a guest in the house of Mariano Lio, another of those inhabitants who had been struck by the beauty of this village. Mariano had decided to move here from Segusino, where he was working for the local council, and had since become the village’s de-facto historian. To this end, he’s conducted – and still conducts – a great deal of research, and has published several books as well as founding the Amarestramare (Love Stramare) Association. Mirko and Mariano found themselves stranded here together throughout the lockdown. But the experience had given the director an idea: this beautiful natural setting, surrounded by woods, would be a perfect venue for a festival of theatre, music and cinema. This led him to establish La Giusta Distanza, a festival which will be held for the third time this year. And he also to decided to settle locally, setting up home in S. Barnaba not far from Stramare.

Today, despite the increasing number of tourists and visitors attracted to the village by its unique beauty, it remains a quiet and isolated place, as if belonging to another space and time. But it’s a place where you can really discover the true meaning of communion with nature and the rhythm of the seasons. 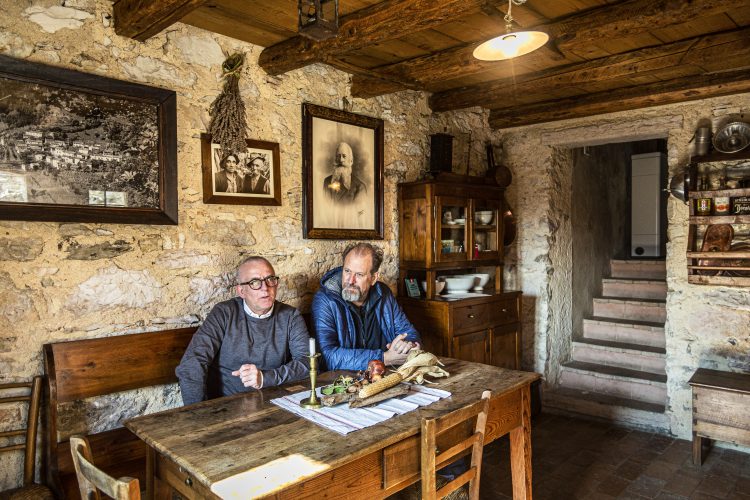