A visit to the family home of Andrea Zanzotto, the great poet from Soligo: a place merging memories, identity and culture

A house-museum dedicated to one of the most prominent poets of the second half of the twentieth century. But more than this, it’s a house which expresses a strong sense of place and vivid memories. These ideas were dear to Andrea Zanzotto, the great poet from the village of Soligo (1921-2011) whose centenary was celebrated last year. To mark the occasion, a long season of events and festivities was held in honour of this poet, innovator, erudite man of letters, champion of civil causes, and incisive and critical narrator of the transition from the second to the third millennium, culminating last October with the official opening of his Family Home in Pieve di Soligo, where Zanzotto spent the early years of his life.

The house, which opened completely to the public this year, has been designed to help visitors gain a deeper understanding of the poet and his relationship with his home town, as well as representing a significant memorial for the entire community. With the financial backing and support of the Veneto Regional Council, after minimal restoration the House provides visitors with both a real and virtual experience, thanks also to a series of installations specially created by Studio Azzurro which start from the Portico and Garden.

The House is located in the historic street of via Cal Santa in Pieve di Soligo and is a quintessential example of Venetian architecture of the mid-nineteenth century. It was probably created from a previous building by Andrea’s father, Giovanni Zanzotto (1888-1960), a painter and decorator by profession, who hailed from a family deeply rooted in the area around Soligo in the early 1920s. Visitors to the house enter through a decorated portico with a frieze from the fourteenth century and studies of frescoes created by the poet’s father. After walking through a small garden, you reach the 3-storied house itself, set amid a small hamlet of other houses and arcades. 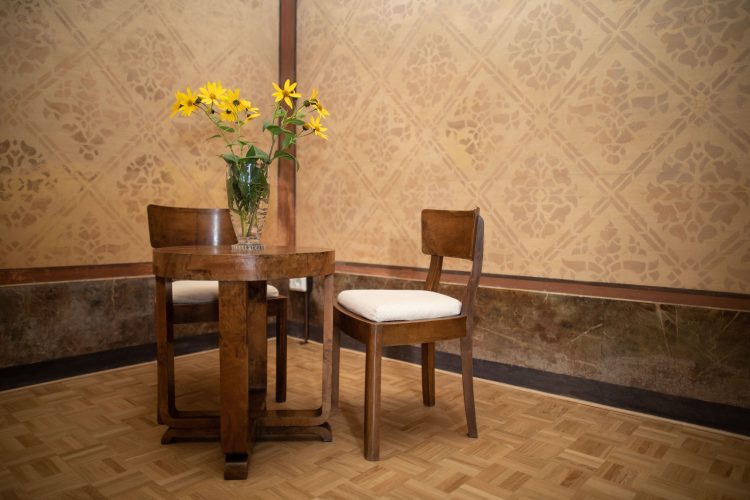 The House has been created as a place in which to preserve the memory of the characters, family, village and surrounding area in an innovative way, using new narrative methods to encourage increasingly active participation and widespread interest. The House is a treasure trove of objects and memories, and each floor has been styled to represent to a specific historical period. Thus over time, it’s been transformed into a “House that tells a story”: a space brimming with multisensory stimuli that help visitors connect the real and virtual worlds. Visitors are thus assured a unique, personalised, original and immersive experience.