On the table - Visit

Flavors from the Meadows

An invitation to discover the springtime wild plants that are the basis for tasty, traditional dishes from the cuisine of the local area

Rust and Peverel, s’ciopet and pissacàn, sparasi selvadeghi and bruscandoi. No, this is not the recipe of an ancient magical potion (but could also be, as we will see later) but a partial list of wild plants that can be found in the fields and meadows of the Trevisan area in springtime, which since time immemorial have been cleverly transformed into particularly tasty and healthy dishes. With their intense or mild flavors, which can be sweet, bitter or sour, they can be enjoyed raw or cooked in soups or omelettes: to those able to identify these wild plants, the local meadows are an extraordinary kind of open-air market. Such plants have been part of the culinary tradition of the Marca Trevigiana for a very long time, albeit figuring more or less prominently in different historical periods. For instance, after World War II such traditions were almost forgotten, only to be re-evaluated in recent decades, and have now become delicious ingredients gracing the spring menus of local restaurants and the object of desire of “foraging enthusiasts”; the new name for the former activities of collecting spontaneously-growing food vegetables. 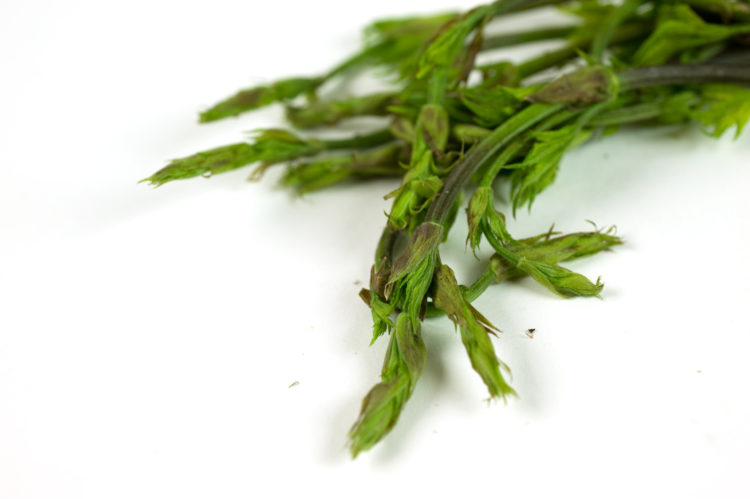 After dutifully reminding the occasional gatherer of wild plants that not all species are suitable for human consumption, and that when picking them it is essential to be able to correctly identify them so as not to expose oneself to the risk of poisoning of varying severity (just as with wild mushrooms, for instance), this is an invitation to discover such plants amongst the hills of Conegliano Valdobbiadene, where in springtime local kitchens are enriched with flavors and aromas that come from the meadows, embellished with the purifying properties of plants that have for centuries also been used as herbal remedies and prescribed by the popular pharmacopoeia for many ills.

Probably the best known among the locally-growing spring wild plants is bruscandoli, which are the young shoots of the hop plant, which can be found growing spontaneously along hedgerows and ditches, and that, unlike most of the shoots used for culinary purposes, are as tasty as they are large. Sumptuous risottoes and frittatas (omelettes) are a low-calorie food, which is invigorating, refreshing, sedative, diuretic and laxative, as well as purifying the blood and stimulating liver function.

The local dialect names are confusing, so the term bruscandolo is often mistakenly identified with wild asparagus, but in the Marca Trevigiana this is more accurately known as sparasìne and can be gathered along rivers or in forests. In addition to flavoring soups or risottos, they go divinely with boiled eggs, just like common asparagus, and they also have diuretic properties.

We must also be careful not to confuse bruscandoli and sparasìne with rust (Lat. Ruscus aculeatus), the shoots of the butcher’s broom plant, which in some areas are called bruschi or bruscàndi. They should be picked just as they are sprouting otherwise they become woody and very bitter. Their flavor is similar to that of asparagus but more bitter, and for that reason they are often cooked in plenty of water and vinegar and eaten as an appetizer or to accompany meat and eggs, or omelettes and risottoes. In addition to being used as a diuretic, butcher’s broom is also one of the most powerful natural vasoconstrictors, and can be helpful to treat varicose veins.

On the subject of diuretic wild plants, dandelions are also abundant locally and are one of the most common wild plants. In local dialect, they are known rather colourfully as pissàcan (Literally “where the dog pees”!). They can be used raw in salads or cooked like chard. The flowers can also be eaten, both as an edible decoration, or by salting or pickling the buds and using them like capers. 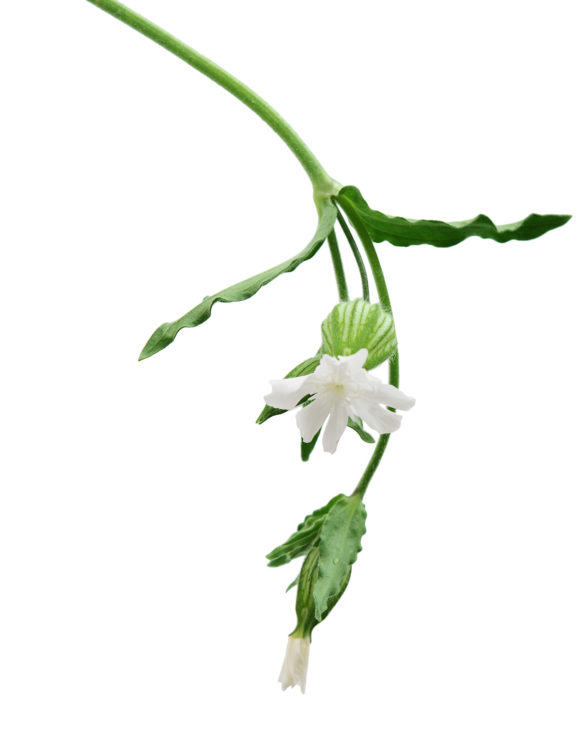 Another must-try from the meadows in the spring period is s’ciopeti (also called carletti), which are the sprouts of the plant known in English as bladder campion or maidenstears (Lat. Silene Vulgaris). Its flowers, as every child learns, can be crushed smartly on the back of one’s hand to make a loud “pop” (from which it takes its onomatopoeic dialect name s’ciopeti, from the Italian verb scoppiare meaning to burst or to pop). Their sweet, delicate flavor makes them very enticing either raw, or cooked in risottos, soups, or in omelettes and pastries. Also rosoline, or peverel plants (Common Poppy) are easily recognizable by their flower. They should be harvested when they are young and tender and can be eaten raw in salads or in many other ways, including frying them in a batter made from flour and eggs to create delicious pancakes.

The list could go on. But maybe it will be more pleasant to read through the menu in the local restaurants and trattorias that use such plants in many traditional or innovative dishes. And while enjoying such dishes you can recall that such wild plants have the advantage that they are also cleansing the body and, as they say, settle the stomach. Not quite a magic recipe but almost.