If Prosecco Superiore has become a model to be emulated in the winemaking world, then surely much of the credit must go to the close ties this wine has with its territory. One of the closer and most fruitful of these is that with the world of research and innovation.

On July 9th 1876, just ten years after the annexation of the Veneto region to the Kingdom of Italy, King Vittorio Emanuele II signed the decree authorising the opening of the first School of Viticulture and Oenology in Italy, in Conegliano. There had been a need for this school for some time and its opening involved the then minister of agriculture who helped collect the necessary funds. However, the principle driving forces were wine chemist Antonio Carpenè, who was among the first to study sparkling winemaking methods in Italy, and engineer Giovan Battista Cerletti, who had great knowledge of the structure and organisation of the best European oenological institutes. 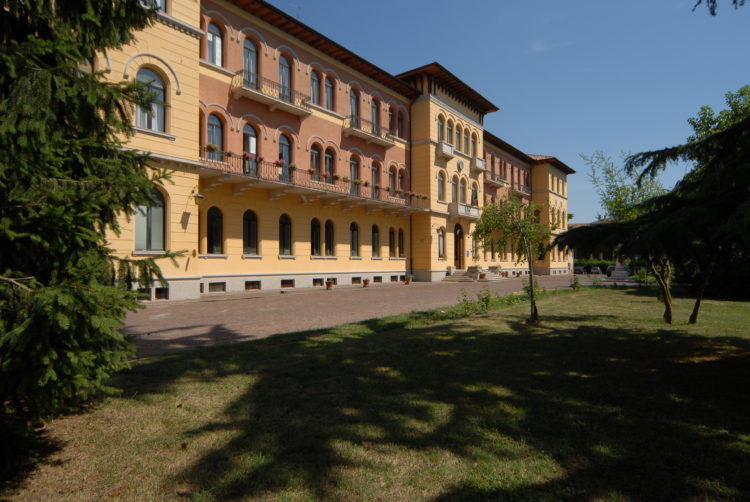 The current site of the School owes much to engineer Bernardo Carpenè and was inaugurated on September 24, 1924. To date, the school has had over 6,000 graduates and many of them occupy prestigious positions in Italy and abroad.

The School of Oenology is at the center of a complex that promotes the study, research and marketing of wine, and offers a complete course of study, from the Professional Institute of Agriculture to the Faculty of Science and Technology of Wine and Vines. It includes the University of Padua, with the opening of its first university course in 2000, the Experimental Institute of Viticulture, the Regional Center of Viticulture and facilities such as the Winery, the School distillery and the enoteca. It also has its own farm with vineyards, orchards and greenhouses, and the products are sold directly to the public.

In 2016, to coincide with the selection of the 15 towns and villages in the area as European city of Wine, the school celebrated two important events; the 140th anniversary of the establishment of the wine school and the 110th anniversary of the establishment of the Foundation for wine teaching and agriculture. For the occasion a rich program of events had been planned. The main event has been the inauguration of the new Manzoni Museum. Luigi Manzoni was headmaster of the School following World War II and was a great wine maker and researcher in his own right performing ground-breaking studies into vine genetics and developing a series of blends which are still very popular today. These projects is a unique opportunity to learn more about the development, the history and the winemaking innovations of the Conegliano Valdobbiadene area, birthplace of the Prosecco Superiore we all know today.